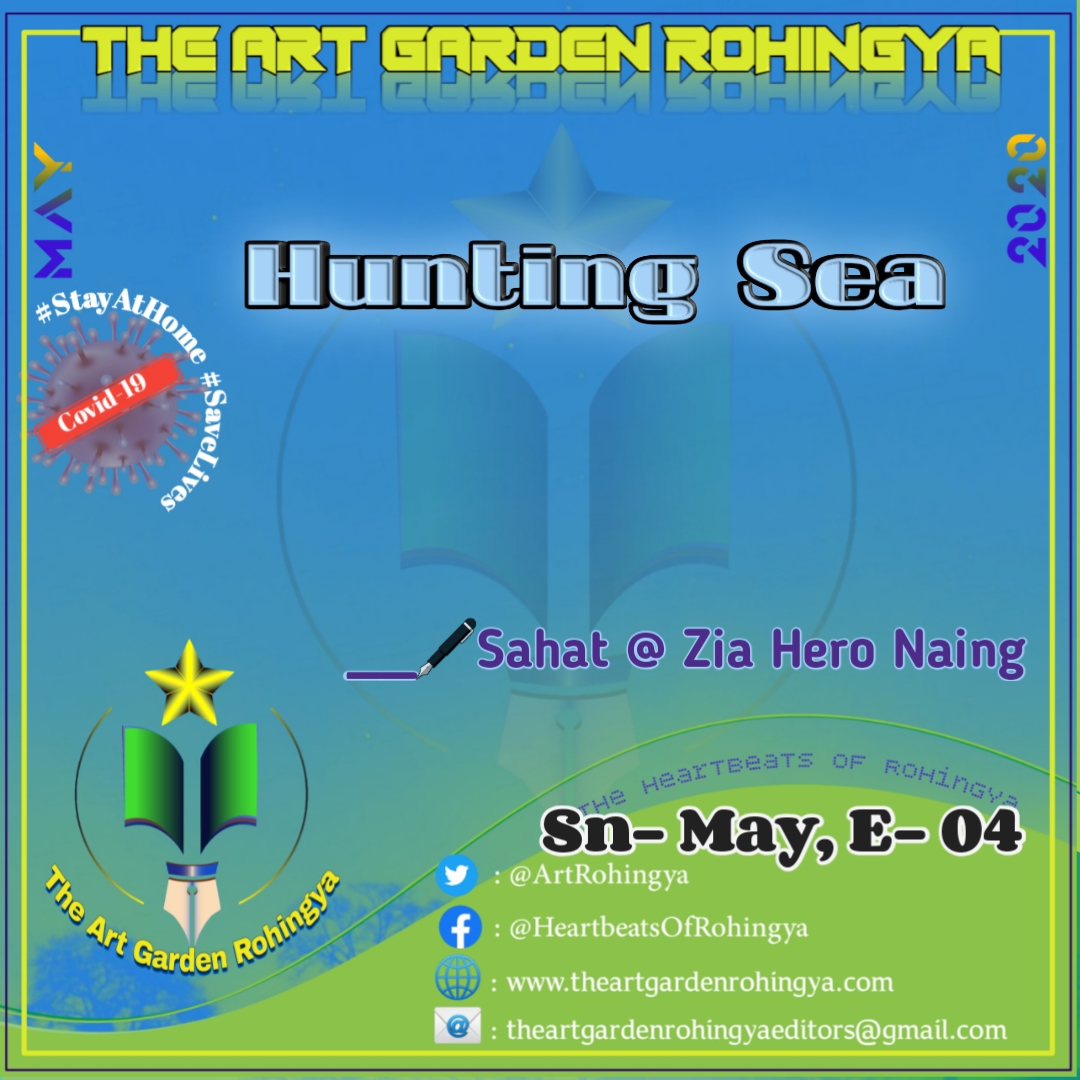 The journey to seek a safe life
silent and innocent souls on boat
left for the voyage without side
The cultural risk, changing the land to change luck

No water but tears to drink
No food but bleeding vital fluid
Seeking help, waves are merciless
In search of a safe place,
To end life of struggle

What do their parents want?
Freedom after the gate of death in the sea
But the borders closed and the sea is hunting
No humanity but social distancing the border guards

The world’s behind
The crisis without end
Floating corps and boat near the borders
The headline after weeks, Rohingya boat capsizes

Are Rohingyas just to sell?
Don’t Rohingya belong to this earth?
No government to save us,
From mouth of traffickers,
Many are breads of the hunting sea.

Based on Rohingya boats capsized after being pushed back by Malaysian authorities and dozen were drawn. 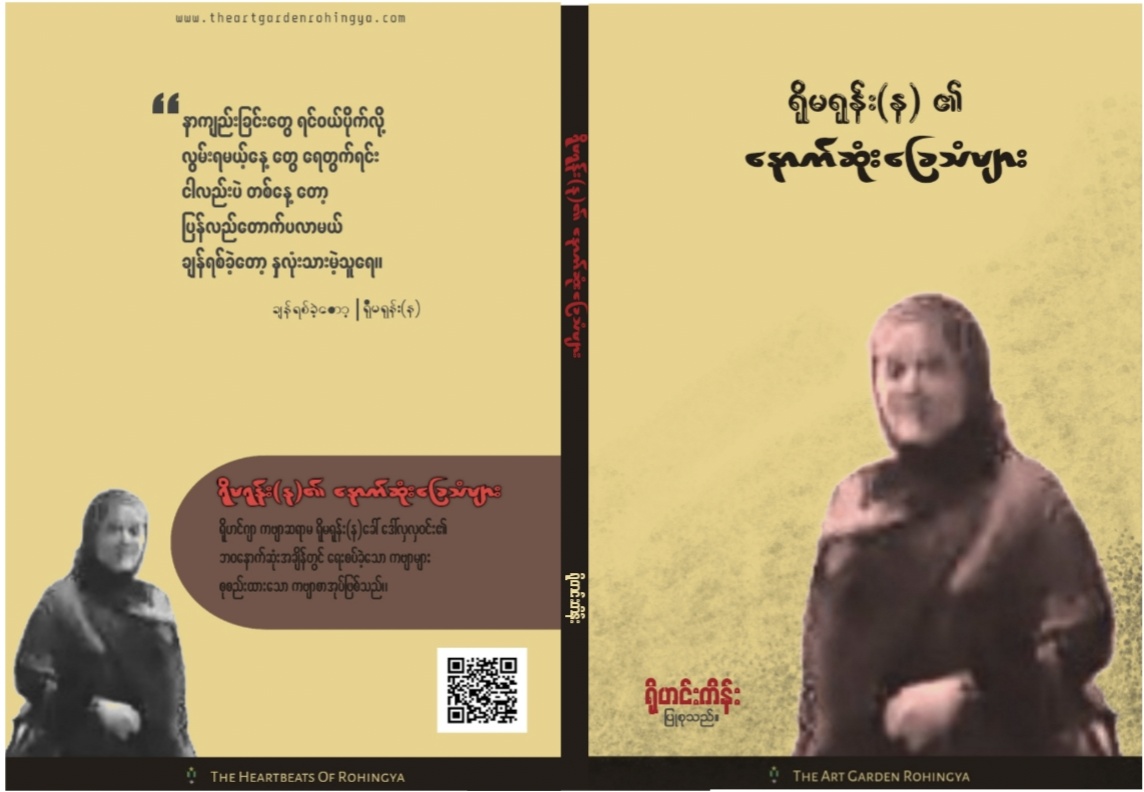 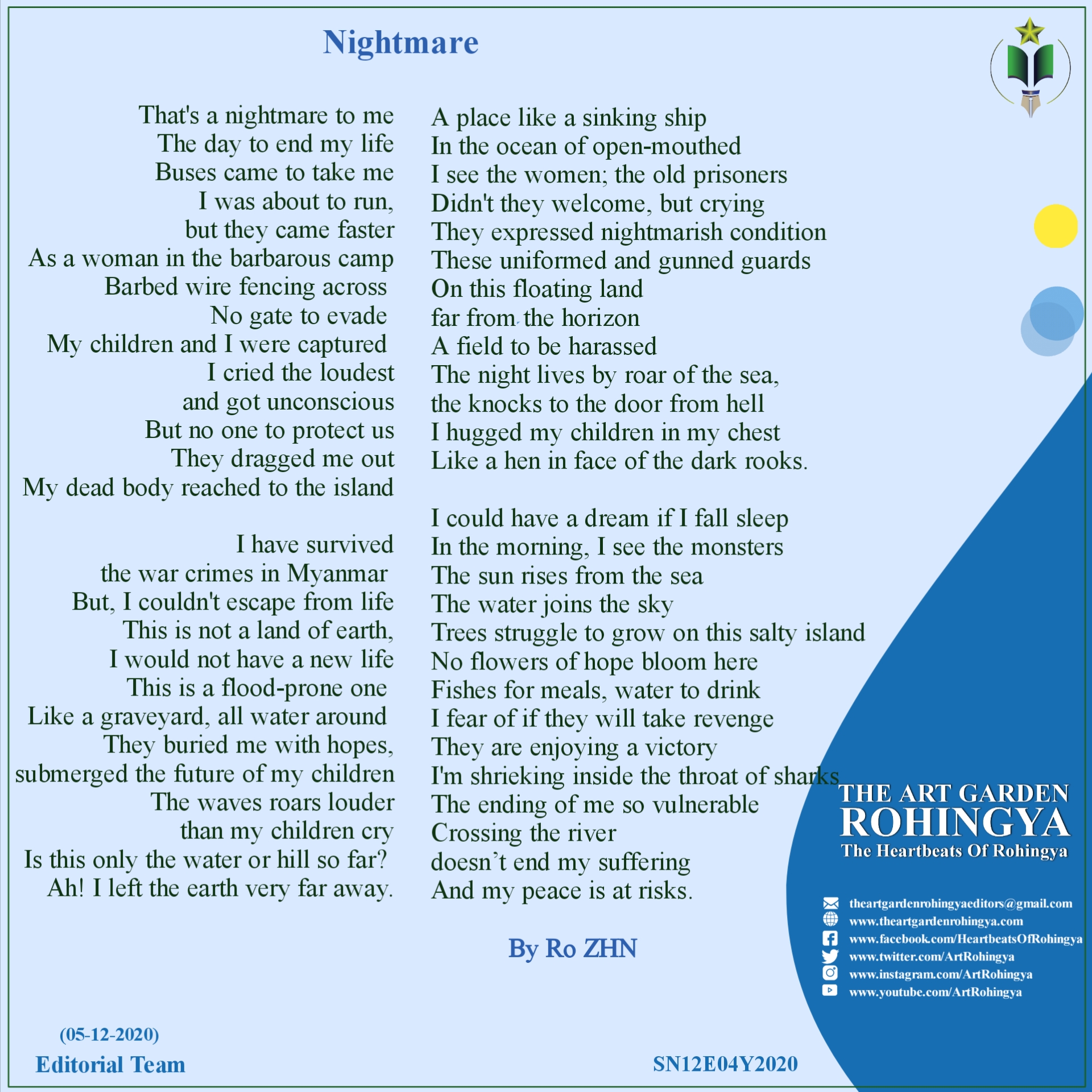 Nightmare | A poem by Ro ZHN

Dec 05, 2020 AGR POETRY
Nightmare By Ro ZHN That's a nightmare to me The day to end my life Buses came to take me I was about to run, but they came faster As a woman in the barbarous camp Barbed wire fencing across No gate ... 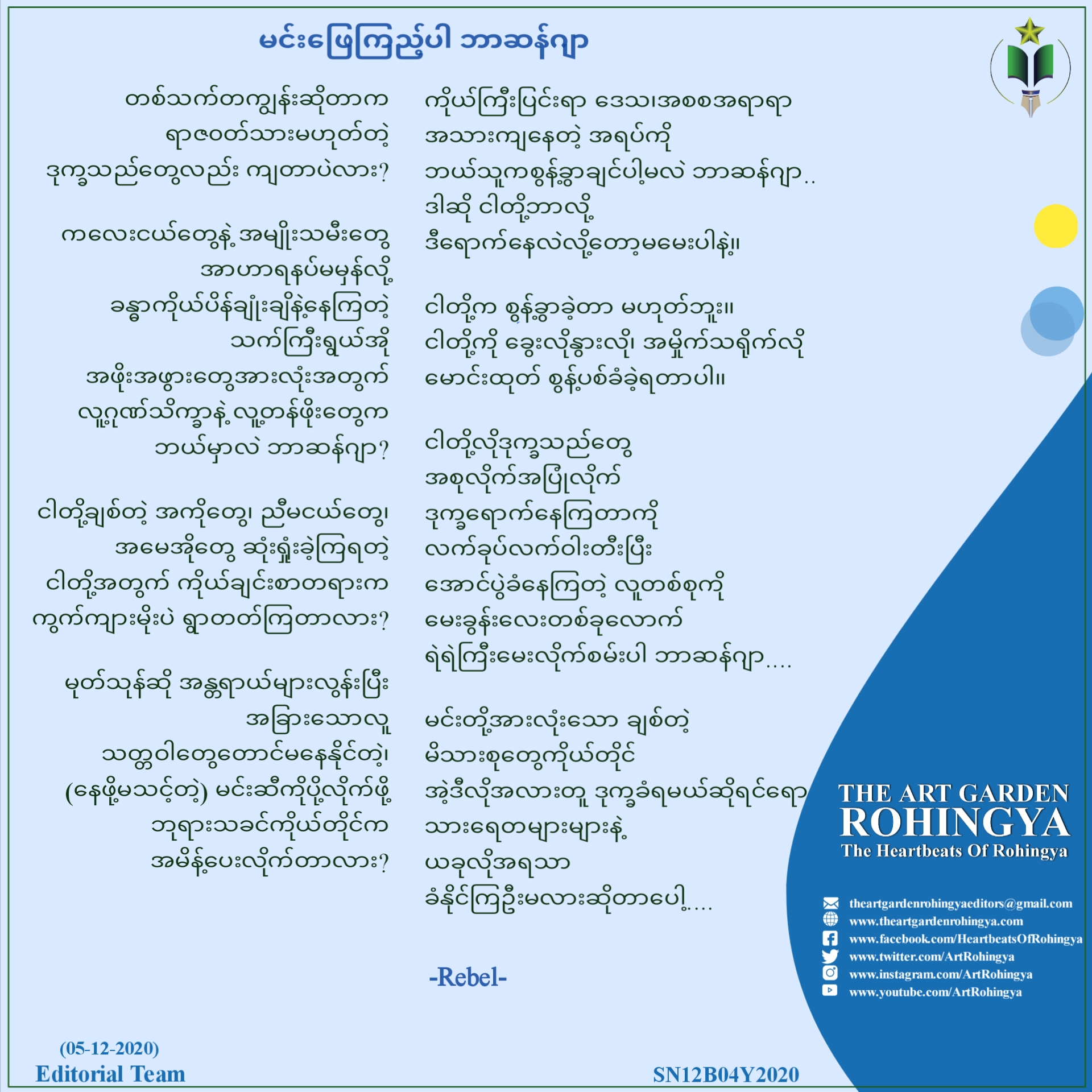