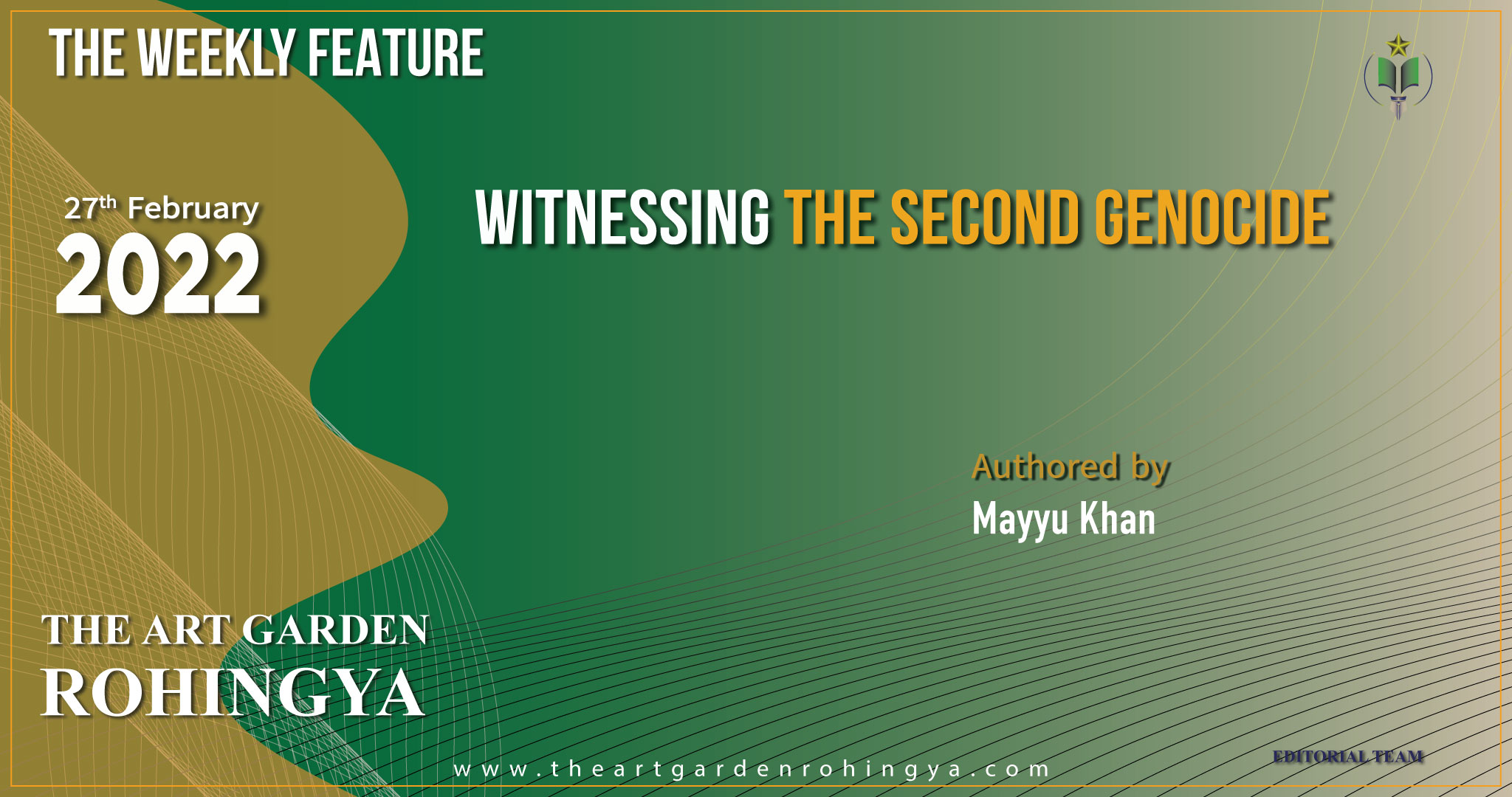 The ranges of Mayu mountain bear witness
The waves of the Naf river bear witness
7.53 billion people on the earth watched
Even in advanced civilization of modern age,
Rohingyas faced the second genocide.

I haven’t seen the Rwanda massacre
Not even Bosnia one
Nor the one in Spain
Yet I myself witnessed Rohingya genocide for gain.

The criminals have chosen mass rape as a tool of war
That’s accord of their blueprint,
They chosen savages of men under the ground
by the name of miscreant.

After Rohingya genocide,
Day goes on
Month goes on
Year of 365 days goes on
The worst memories of 25 August
still remain in the heart of each Rohingya

The day is marked on page of the world’s black days history.
The day that cleansed an ethnic people
While hoping the request of the World Conscience. 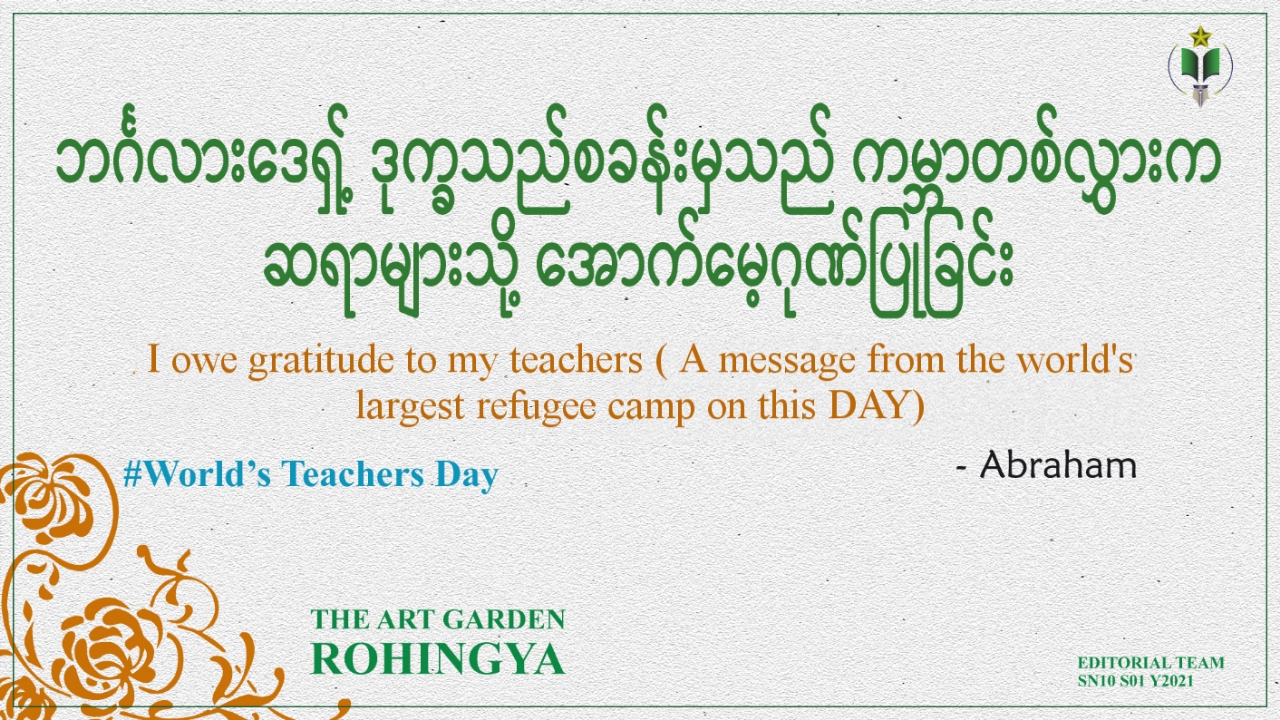 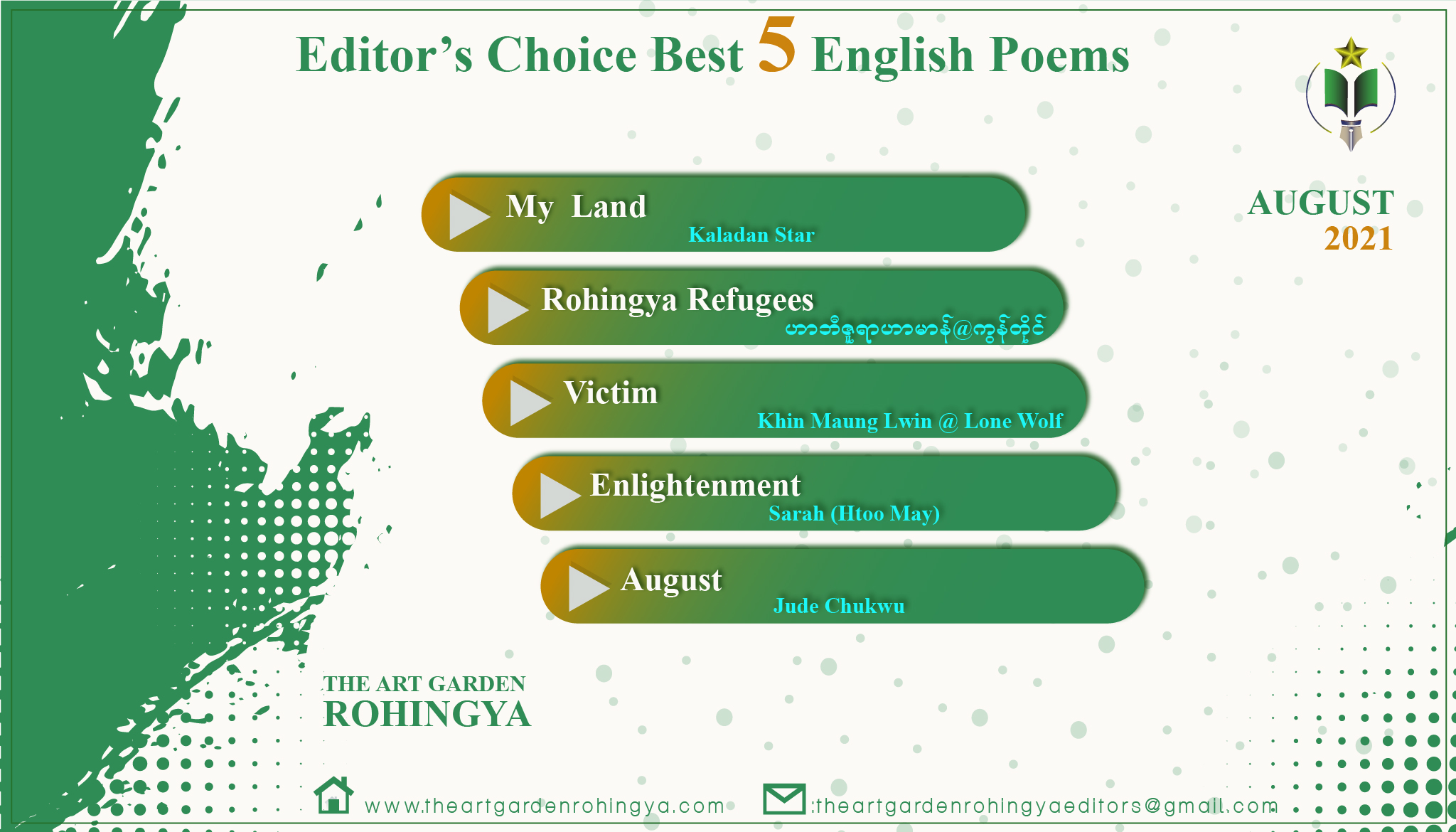 Sep 11, 2021 AGR Monthly top poems, Uncategorized
Editor’s Choice Best (5) English Poems August, 2021. My  Land - Kaladan Star My land_ That illuminates in fascination, With the outstanding beauty of nature, Its beauties are so magnificent, Akin to the lyrics of an ideal versifier, Which spits up different ... 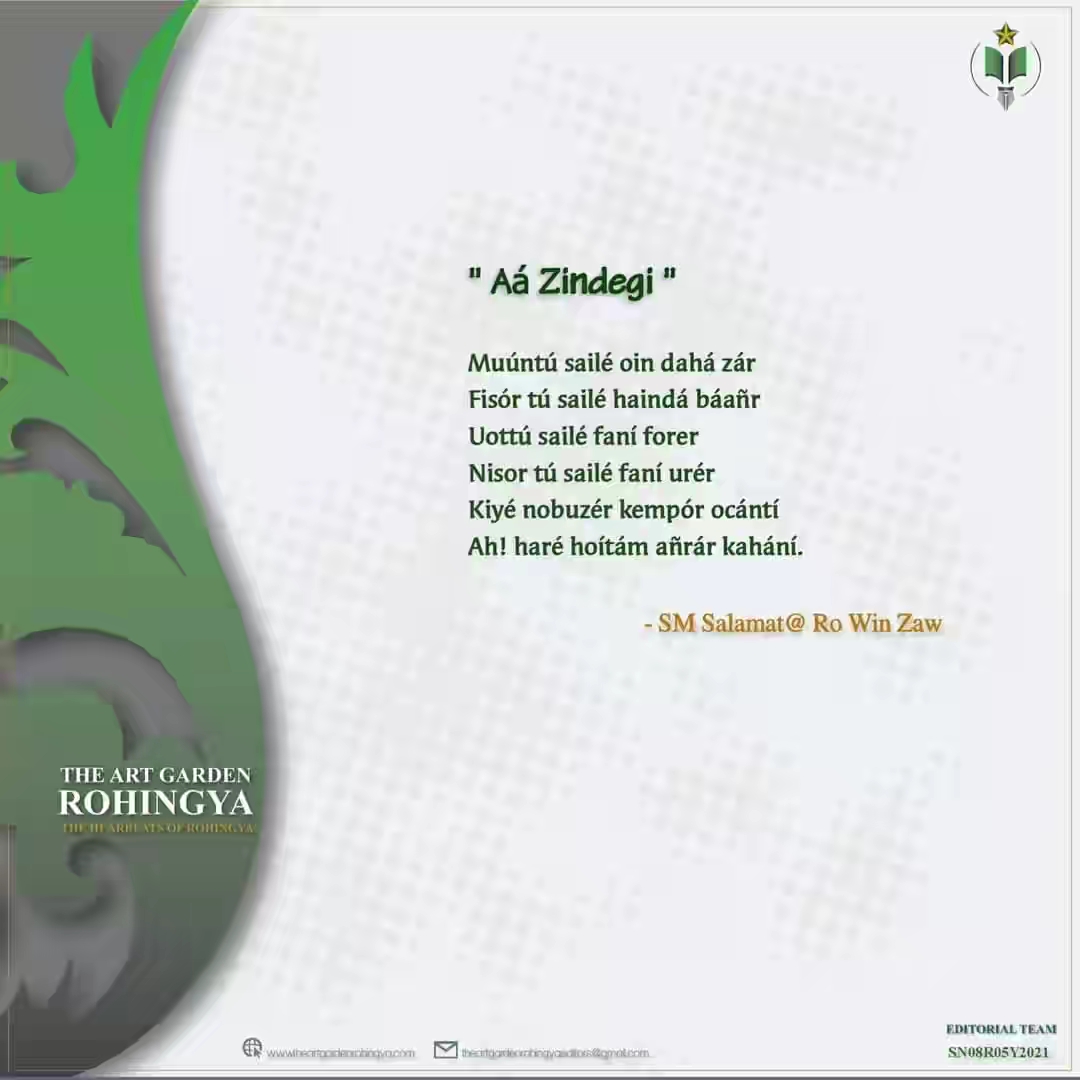